He Made $80K Last Year With Reaction Videos 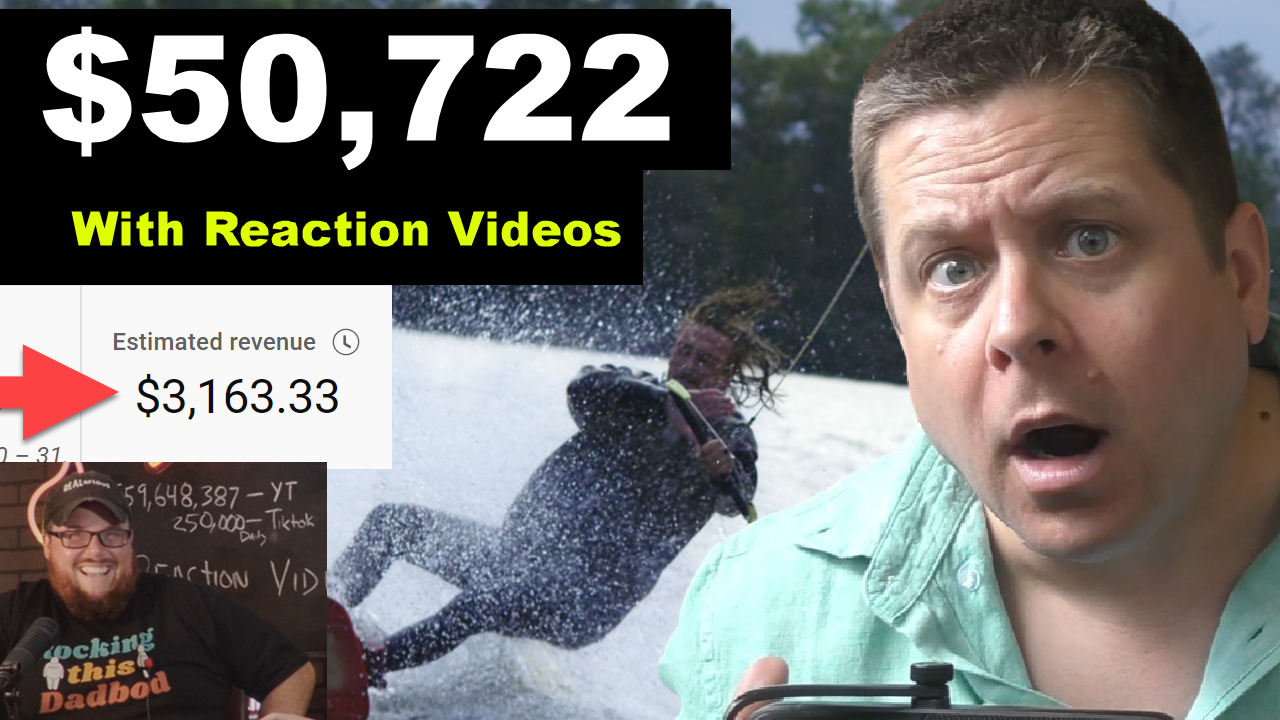 NOTE: Simple Sites Bootcamp Starts Next Week And We Have A Few Spots left… Click Here To Join

What is a Reaction Channel?

How to Create A Successful YouTube Reaction Video Channel

Starting a successful reaction video channel takes dedication and hard work—just like any other YouTube channel. You need to develop your own unique style and stand out from other reaction video creators by offering something different from everyone else. It’s important that you research the best ways to optimize your videos for search engine rankings so people can easily find your content when searching for specific topics online. Additionally, you should consider working with other creators in order to cross-promote each other’s channels which could help get more eyes on your content faster!

Choose Relevant Videos To React To

But the big question is: How much do these reaction channels make? Let’s break it down.

If you are looking for a way to stand out on YouTube, creating video reactions is a great way. Video reactions can be both entertaining and informative. You can share your thoughts, opinions, and reactions to different videos or topics that other people have created. This article will provide some of the best ideas for creating interesting and creative YouTube video reactions.

There are many different types of reaction videos out there, from funny reactions to serious reactions and everything in between. Here are just a few examples:

– Dwayne N Jazz specialize in reacting mainly music videos but also other forms of media as well such as short films or television shows too!

– Their chemistry together makes their reactions even more enjoyable than usual!

Is Making Money on YouTube With a Reaction Channel Possible?

If you’ve ever asked yourself, “Can I make money on YouTube?” the answer is yes—but it isn’t always easy. With the right videos and strategies, it is possible to make $1000-$2000/month with a reaction channel.

How Much Can You Make With a Reaction Channel?

The amount you can make with a reaction channel varies greatly depending on how many views and subscribers you have, as well as which monetization options you choose.

Generally speaking, if you have at least 10,000 subscribers and 4,000 watch hours over the past 12 months (which is around 667 views per day), then you should be able to start earning money through ad revenue, sponsorships, and affiliate links.

However, keep in mind that even if you reach these milestones, there is no guarantee that your earnings will be anywhere close to $1,000-$2,000 per month. It all depends on how popular your videos are and how much engagement they get from viewers.

The answer depends on several factors, including the type of content you produce, the size of your audience, and your level of engagement. To start, it’s important to understand that making money on YouTube requires creating engaging content that draws in viewers and keeps them coming back for more. Additionally, many YouTubers have found success by focusing their videos around a specific niche or topic rather than just reacting to whatever comes along. This can help you build an audience that shares similar interests and values as you do.

Another important factor to consider when trying to make money with a reaction channel is how often you post new content. It’s important to stay consistent so that viewers know when they can expect new material from you. Additionally, it’s wise to promote your videos through other social media platforms such as Instagram and Twitter so that your audience can follow you across multiple platforms. Finally, monetizing your videos is key if you want to make money off of them – this means setting up advertisements or affiliate links within your videos so that viewers can click through and purchase products or services related to what they’re watching.